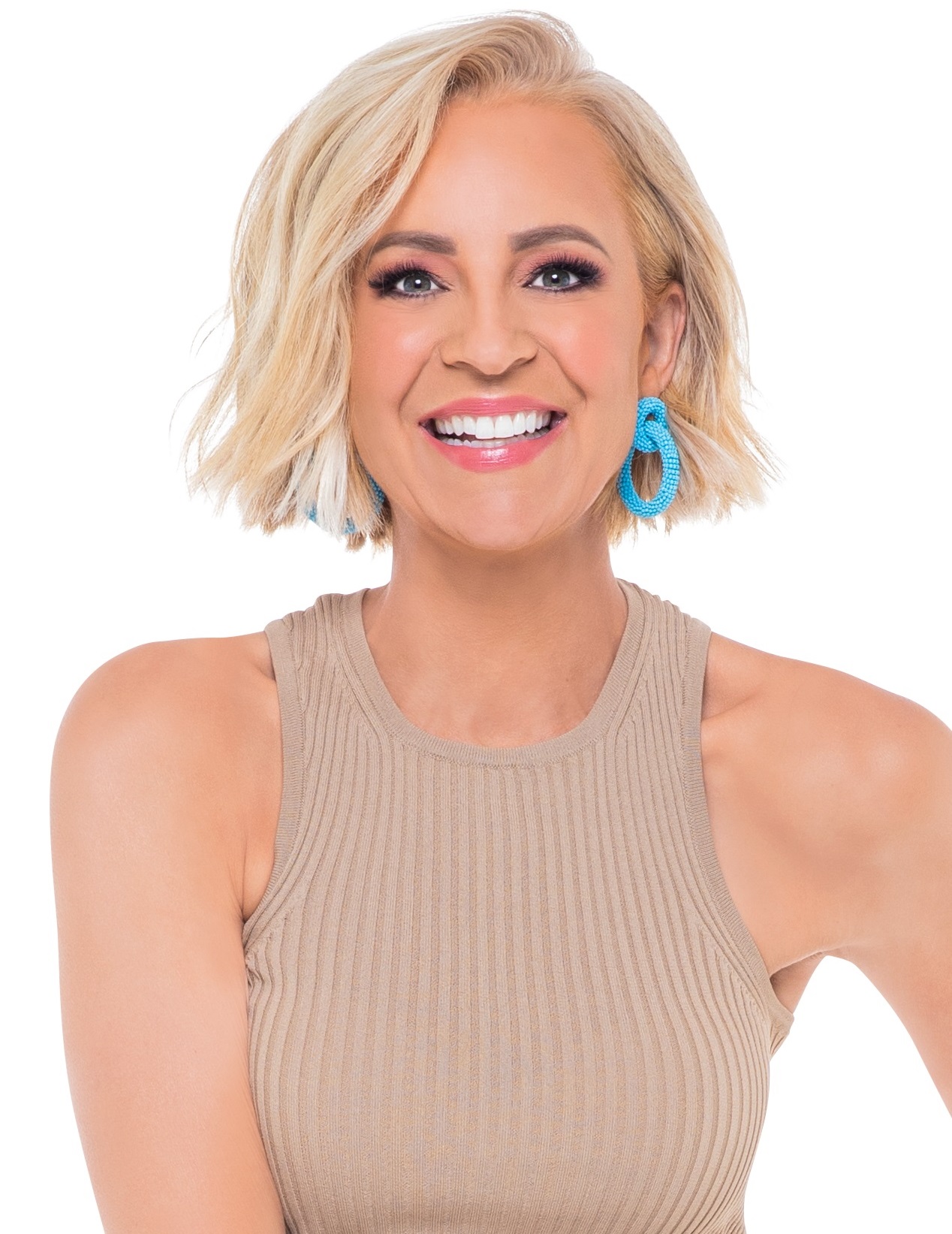 Carrie has been co-hosting Network Tens The Project since 2009. During that time, she has travelled the world for stories including the 10th anniversary of 9/11 in New York, interviewed celebrities such as Brad Pitt, Will Ferrell and Sarah Jessica Parker. As well as falling over live on air.

Carries popularity grew quickly and she received a TV Week Logie Award for Best New Talent in May 2010. In 2015, Carrie was honored to receive the Silver Logie for Best Presenter and also be awarded the Gold Logie for Most Popular person on television. Carrie used this opportunity to raise awareness for Brain Cancer, encouraging everyone to get involved and wear a beanie for brain cancer. The response was overwhelming!

With over 10 years of radio experience up her sleeve, 2017 saw Carrie back on the airwaves with Carrie and Tommy on the SCA Network.  From hosting Pink in LA on the world famous roof top to Katy Perry performing on the Sydney Harbour, Carrie and Tommy start the drive home with a bang.

Before her work on The Project, Carrie was on Rove for four years and a member of the top rating breakfast radio team with Nova FM. Carrie is also the proud mother to her wonderful children, Ollie, Evie and Adelaide. When not working, she loves nothing more than getting active in a dance class, pilates session or just hanging out in the park with her kids!

Carrie believes in giving back to the community and donates her time to many charity events and causes. She is the Australian ambassador for UNICEF (neo-natal tetanus program), and has also set up her own charity, Carries Beanies 4 Brain Cancer which has raised over 17 million dollars through the charities events, Brain Beats concert, the sale of Beanies etc and hopes to see this continue for years to come.

In 2019, Carrie was awarded the Medal of the Order of Australia in the Queen’s Birthday Honours for service to the broadcast media, and to brain cancer awareness.

Open
Excited about this special show coming soon to @be

Open
We are so thrilled for the incredible #KylieBrackn

Open
Congratulations to our incredible clients on an am

Open
So thrilled to announce that the amazing #GemmaChu

Open
Your weekend viewing is sorted, check out the awes

Open
Straight from the Brissie stage back to the UK...